Today we have an interesting Black Ford F-150 Michigan vanity license plate FAYDRA. It could be a pretty simple straight forward alternative spelled name, which is of Greek origin and means Bright.

Greek mythology: the daughter of King Minos, who was married to the hero Theseus and fell in love with her stepson Hippolytus. When he spurned her advances, she committed suicide.

More controversially the relatively popular Nancy Sinatra song titled Some Velvet Morning references Phaedra, which was in some circles thought to be a reference to the drug heroin. The song has also been covered by tons of other musicians over the years. 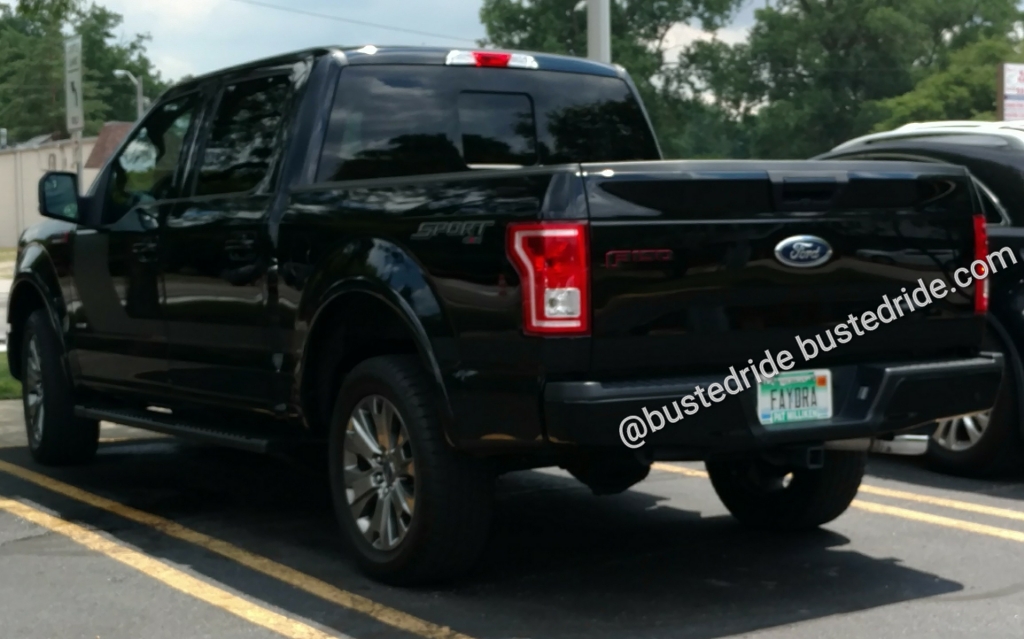