With all of the attention to the injustice in the world maybe it is time for a new kind of cop. One created by corporations, to clean the streets of Detroit, maybe it is a job for ROBOCOP?

Detroit wasn’t one to forget its connection to RoboCop and after many years of being promised a RoboCop statue it is nearing completion. Kickstarter funded a real life statue and the 2020 update progress photo is this:

Fun trivia is that the suit was so bulky that while filming driving scenes Peter Weller who played RoboCop had on no pants, just underwear for the scenes.

Without a doubt this is one of our favorite vanity license plates we managed to capture in the wild, and we have thousands. 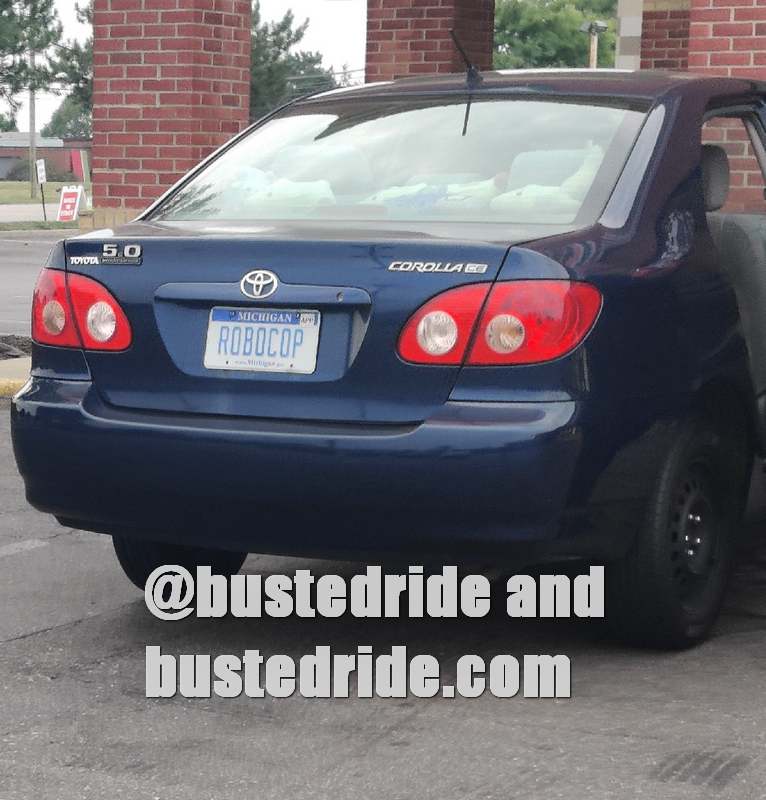