Another day another Name / intials vanity license plate. Pretty boring on a boring car, however it is also a busted ride with the rear bumper cover having been likely damaged in a rear end collision.

This is a pretty common sight in the Detroit area, it’s too damn expensive to have insurance; its worse still to then file a claim even though it is a supposed “No Fault” state. Even though peopled rear-ended are pretty much never the party at fault it’s cheaper to suck it up never make a claim and just drive your busted ride. 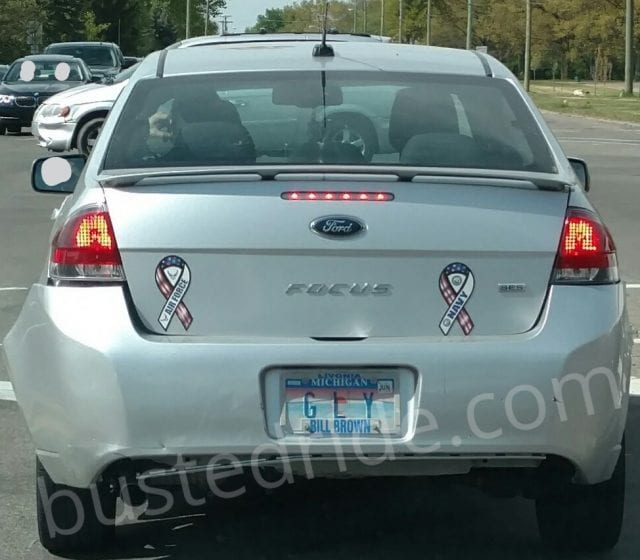 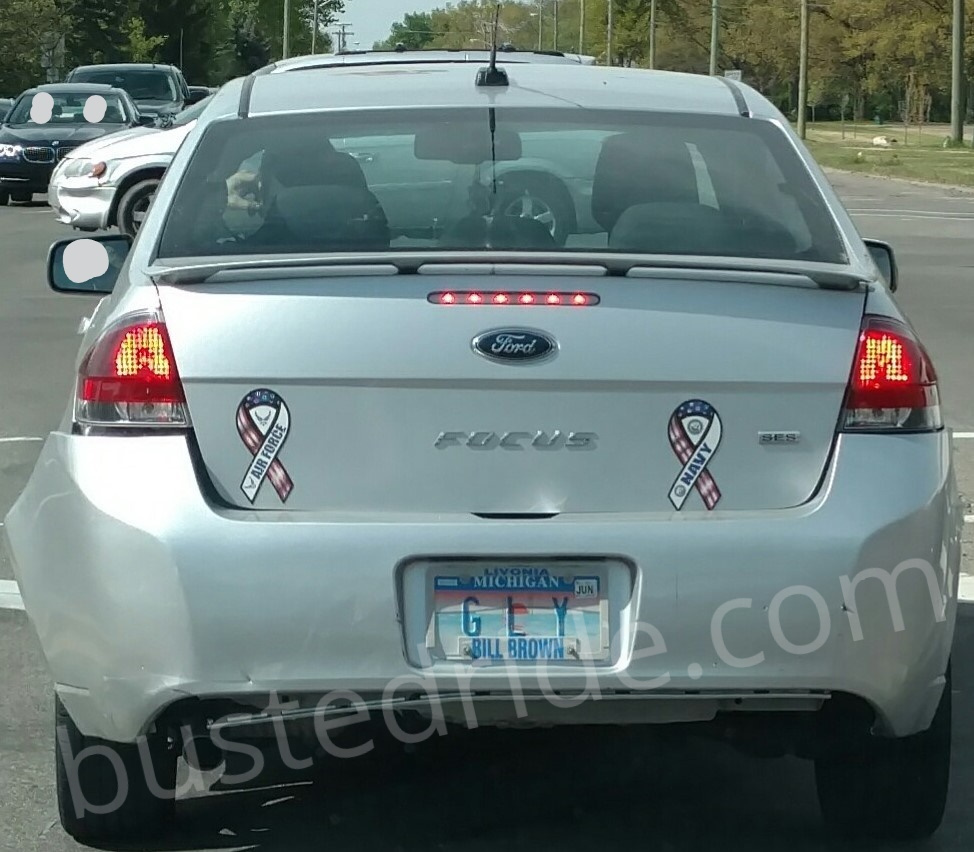