Turns out that the fine people of Volkswagen are killing off the Beetle, beloved by women, and drivers with tons of vanity. We might even miss seeing new ones adorned with vanity license plates, we can’t help but wonder if maybe all off the good Beetle vanity plates are taken, so there isn’t a point to make anymore new Beetles.

This is the cleanest vanity plate for a VW Beetle we’ve encountered in a while. LovBugs, simple, and on a rare white beetle no less. 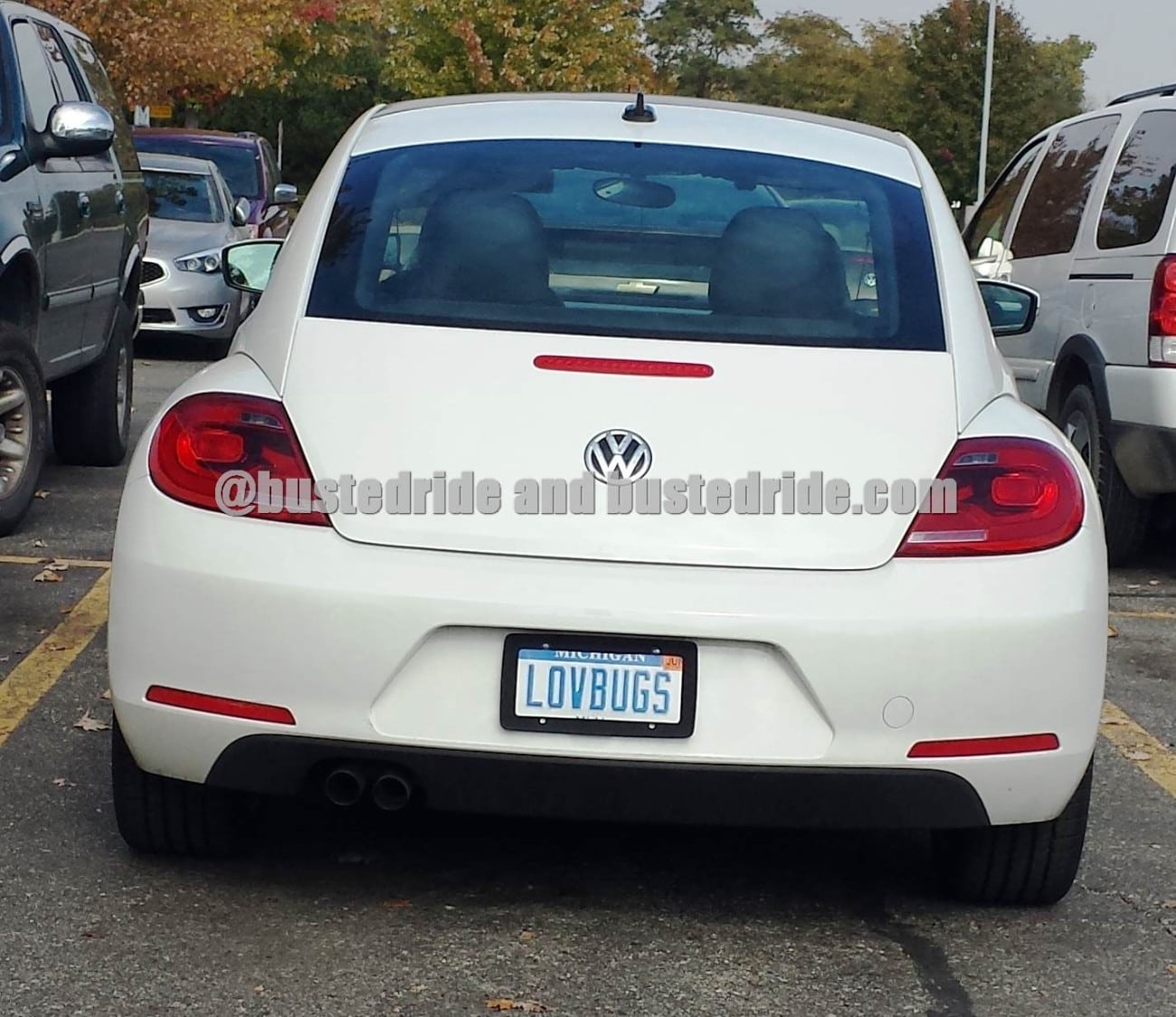