So maybe you saw the news, Ford’s Mustang is the worlds best selling sports car with over 10 million sold since its launch in 1964. Not only is it one of Ford’s most successful cars in the future it will be nearly it’s only car left in the stable.

In honor of the newly minted 10 millionth Mustang here is a vanity license plate to set the mood. So as they say Saddle up! We’re going to have a Mustang vanity license plate every day this week in honor of the event (even though we are late) because this Saturday is the Woodward Dream Cruise down Woodward Avenue, and while we won’t be there this weekend to celebrate, don’t let that stop you. 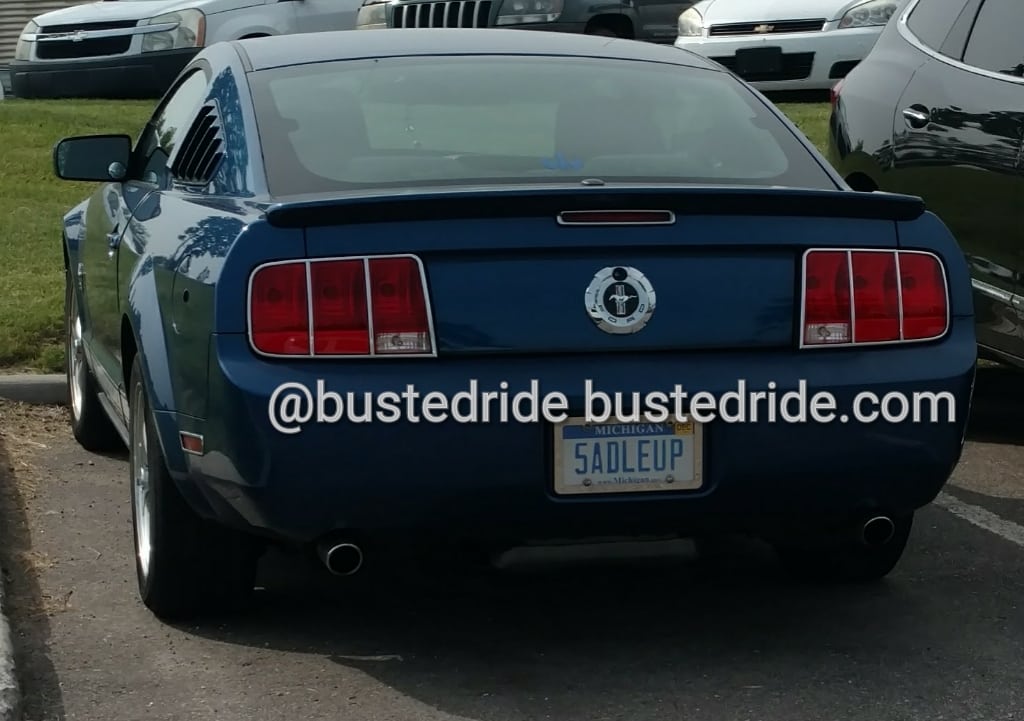