This VW Beetle driver naturally has a vanity plate, it is probably a female driver named Rebecca but goes by Becks.

It would be oh so much cooler if it was “Und Becks” for the German riff of one of Germany’s beers in a really funny scene of the movie Beer Fest. We’ve embedded the scene below, the movie is worth a watch as well. 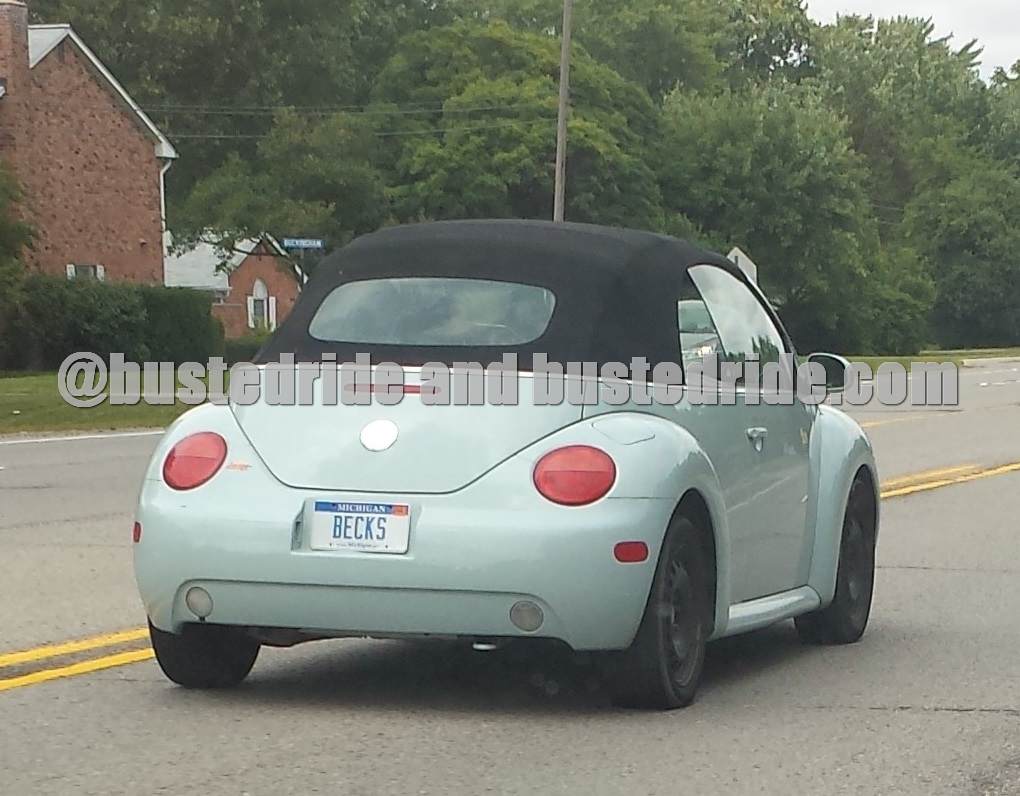