RG3TDS Left for wastebin of history

Well quite frankly we never figured we’d see a vanity license plate sort of make the news for being accidentally a dick reference, appearing on an Amber Alert, so why wouldn’t old Washington NFL vanity license plates show up. For those of you in the isolation cave of COVID19, the Washington NFL team will be renamed to something else. As a bit of a house of cards coming down, a school in Michigan who also used the same name will be renaming their teams as well.

We have highlighted a couple of screen shots from social media as we are confident that with the upcoming name change of the Washington NFL team will be swiftly scrubbed from social media in the coming days and weeks. 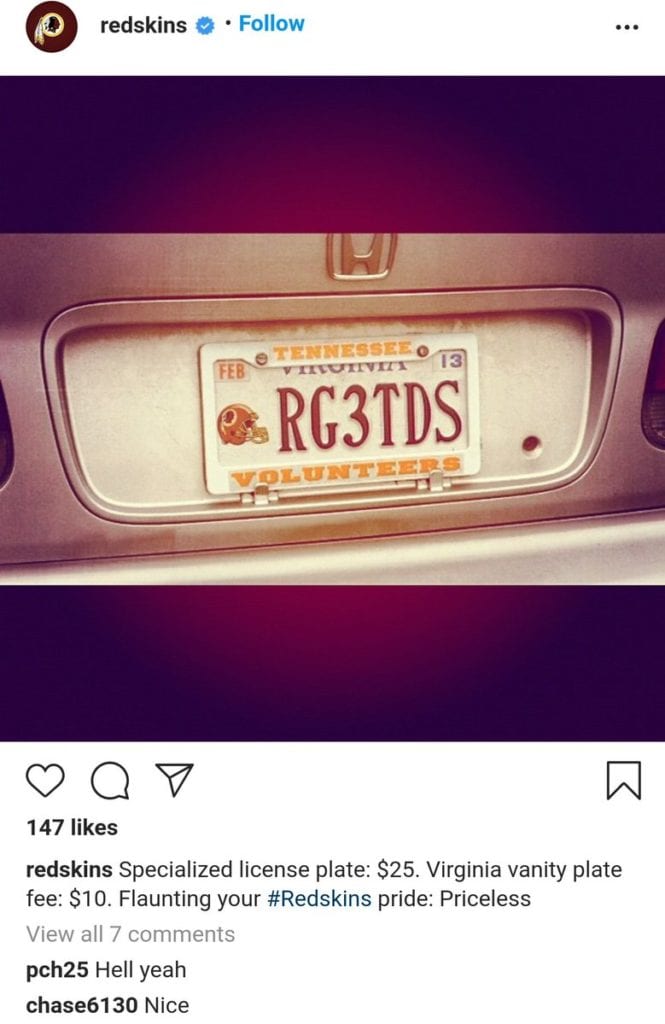 Aged like milk. But somehow we suspect that somewhere there will be a collectors market for this and other Washington vanity license plates. 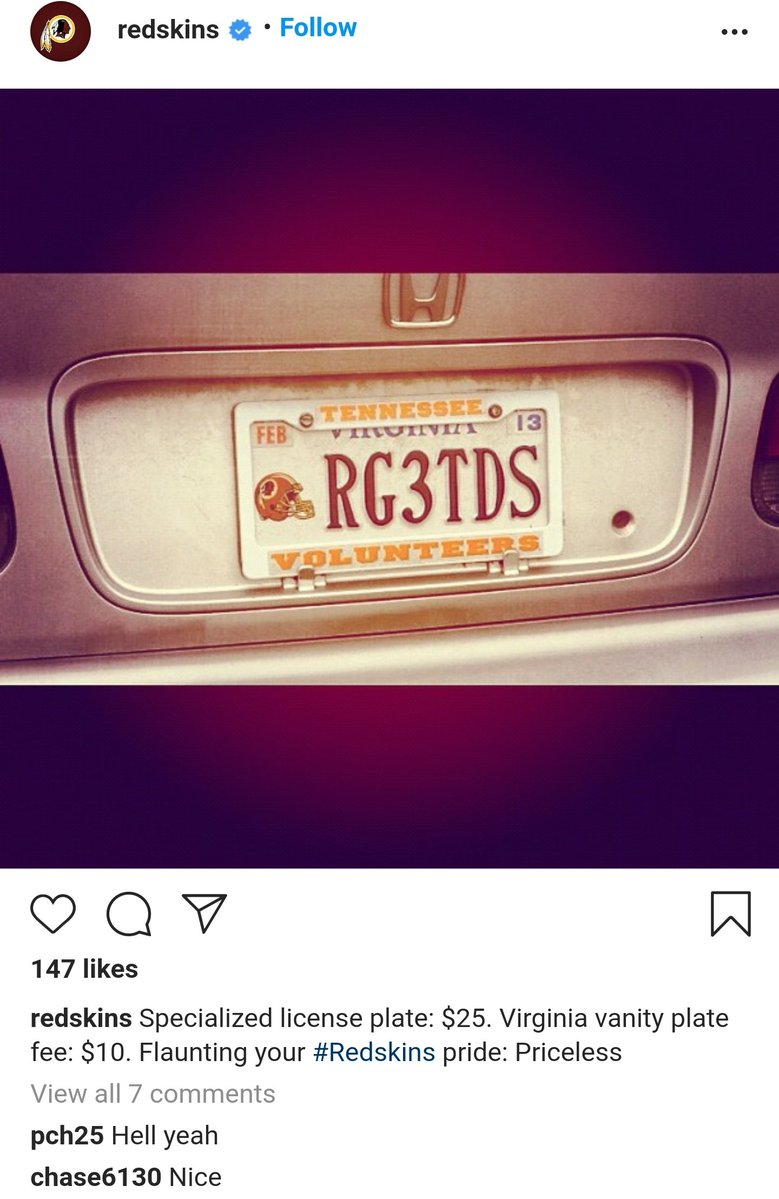