We found a Toy4Me vanity license plate on a Porsche Boxster. In many enthusiast circles this is commonly referred to as a woman’s car (in a derogatory way).

It probably started because compared to many other Porsche on the road it is much more rounded, and it is basically an entry level Porsche.

This clip from an episode of Two and Half Men certainly didn’t help it’s “legendary” status any.

This article has spent more time pondering how it became called a woman’s car than we care to. But it’s worth read. 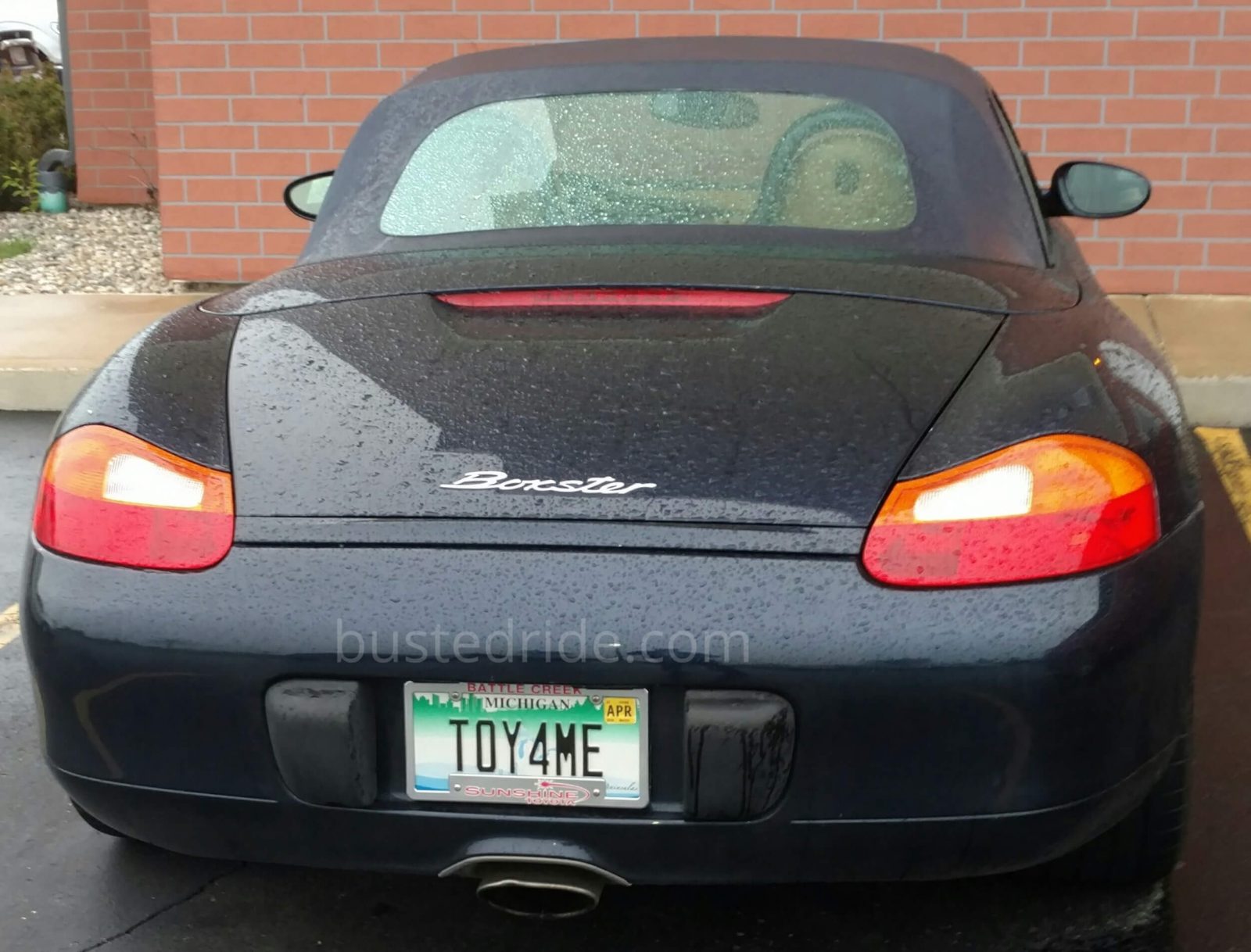