This is a two for one picture.  The new 2016 Ford Mustang spotted in the wild, no cameo on this or the Lincoln MKX just ahead of it.

The Mustang was equipped alternating tail lights when switching lanes. It had a longer looking rear that kind of reminds of the old Mustang Fastback style.

The Lincoln MKX is sporting the updated rear taillights like the ones found on the new Lincoln MKZ. 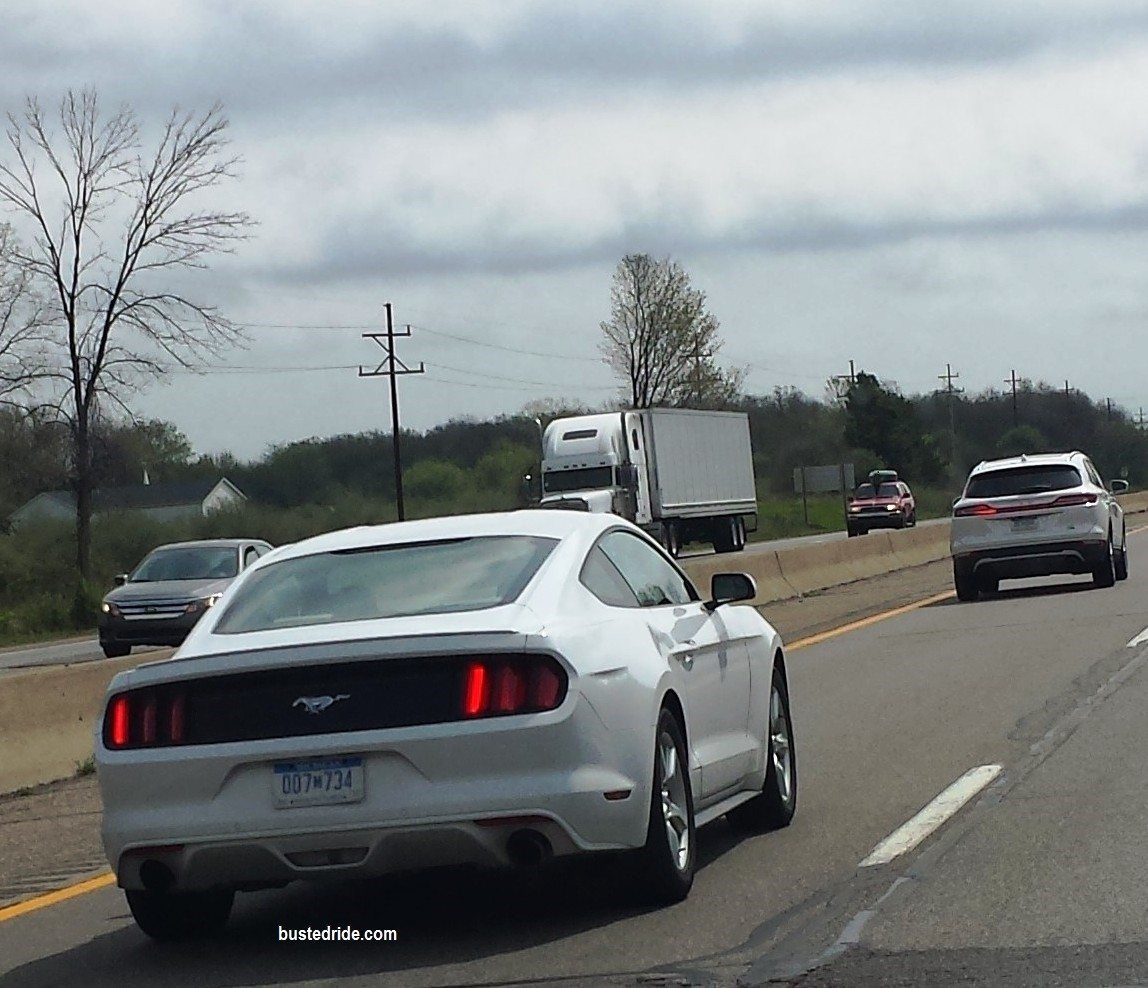