This is basically a spy photograph of a yet to be released in the United States Ford Transit – the van that is slated to replace the E series vans. While yes it was outside of an IKEA, it wasn’t located in Sweden, it was outside of Canton, MI. The van is already missing some trim so its a future Busted Ride. 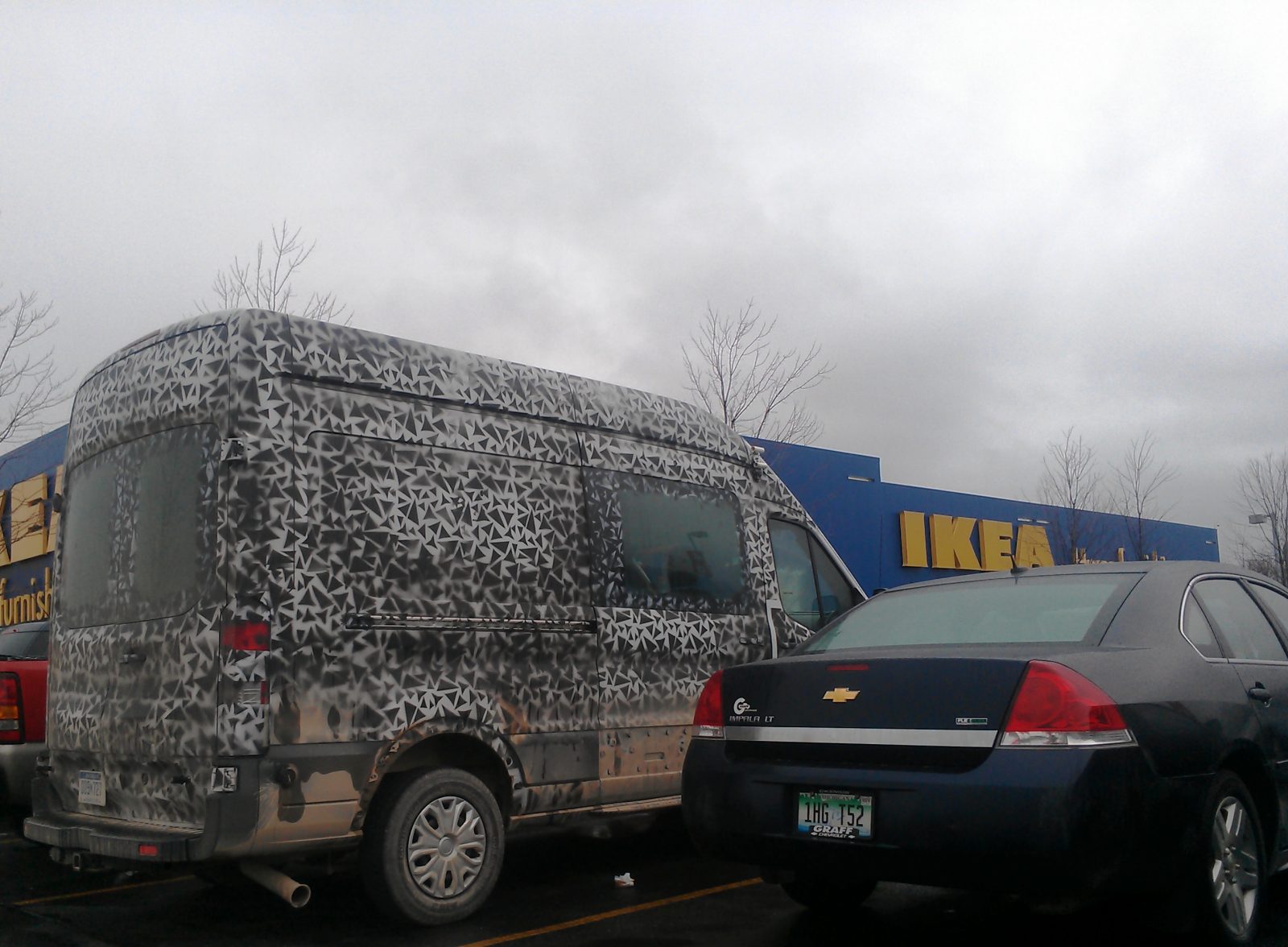